At 11.25 on Tuesday morning, the official media launch of the National Gallery’s Shell-sponsored Rembrandt exhibition was interrupted by an unexpected musical protest. Ten performers (from the Art Not Oil coalition groups BP or not BP? and Shell Out Sounds)

In a cramped second-floor room in an office block mostly used for immigration hearings, one of the most famous museums in the world is fighting to keep a secret. In March, the Information Commissioner ruled that Tate must, against its wishes, reveal some of what was said in meetings where the latest of several sponsorship deals with oil giant BP was discussed. The museum appealed, and now its 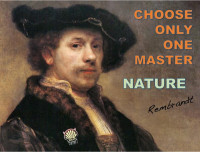 On Thursday 16th October, Shell is celebrating its sponsorship of the National Gallery's new Rembrandt exhibition, with an exclusive 'gala evening' for special guests and highly ranked staff! With a meagre contribution to the gallery, Shell is buying social legitimacy for its dodgy deeds worldwide, including...

- its failure to clean up its